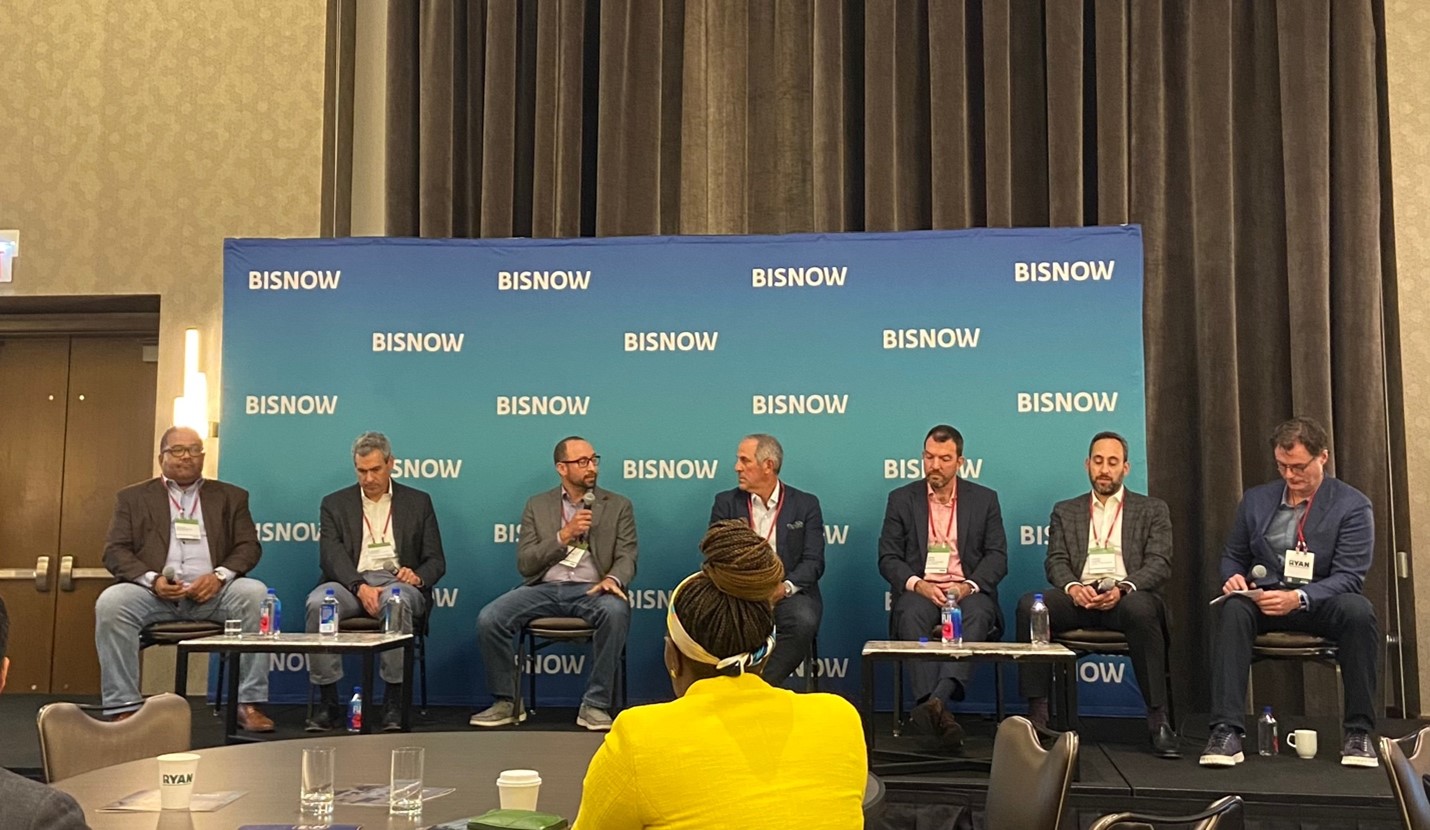 On October 6, 2022, Skender Project Executive Joe Pecoraro was invited to speak on a panel at the Bisnow Multifamily Annual Conference (BMAC), which brought together leaders from across the commercial real estate industry to discuss the current state of the multifamily market in the greater Chicagoland area. Held at the stately Loews Chicago Hotel off Navy Pier, the conference featured discussions on new technology and innovation, design trends, financing options and the challenges of construction in the current economic and international environment.

Pecoraro was featured as a participant on a panel called ‘Forward Thinking Development, Design & Construction,’ which focused on how top firms are building, designing and delivering product in the different regions of the Chicagoland area post-COVID.

The conversation began with a lightning round, in which each panelist described their role at their respective companies and the multifamily amenity they are most excited about. While the other panelists mentioned features like indoor-outdoor facilities, public transit access and communal space, Pecoraro declared his favorite multifamily amenity to be “a great construction budget,” which got more than a few hearty chuckles from the crowd in the Loews ballroom.

Next up, the panel discussed the Chicagoland neighborhoods where they’re seeing the most activity and opportunity for future projects. Several panelists pointed to the Fulton Market and West Loop area, which has seen tremendous growth over the last few years and is in many ways the current “favorite child” when it comes to real estate development in the city.

“There are about 25,000 units in the later stages of development in downtown Chicago,” said Aaron Galvin of Luxury Living Chicago Realty. “12,000 of those are in the West Loop or Fulton Market area, and that doesn’t even include some of the most recent announcements that are just now being conceptualized.”

The group examined how the West Loop’s recent boom in multifamily construction was made possible because of the area’s previous growth in office and retail. As a result, rents in the area have gone up considerably, and these are only going to get higher as taller buildings in the neighborhood are erected and can offer view premiums. Other areas noted by the panel as prime for expansion were the Southside Chicago neighborhood Bronzeville, the River North, Gold Coast and Old Town markets, and the northern suburbs of Elmhurst, Skokie and Wilmette.

While rents and wages are still on a healthy incline, moderator Thomas Roszak noted that many of the challenges felt by CRE professionals over the course of the pandemic remain, which Pecoraro agreed with from a construction standpoint.

Pecoraro said his team at Skender used to make two to three phone calls and one site visit to make sure long-lead-time materials arrived on time, but that same process can now take 10 or more phone calls and multiple site visits, as supply chain issues and material costs have driven up lead times for essential materials. Beckham and Galvin agreed, pointing specifically to glass as a material that’s seen some major hold-ups on an international scale.

While there are certainly roadblocks on the horizon in the form of supply chain issues, rate hikes and worker shortages, the panel ended with optimism about the future of Chicago’s real estate market.

“Ultimately, Chicago is a great city,” said Galvin. “There’s a lot of growth here in terms of jobs, and no city has had more Millennial growth since 2010. I expect this will continue with Gen Z down the line.”