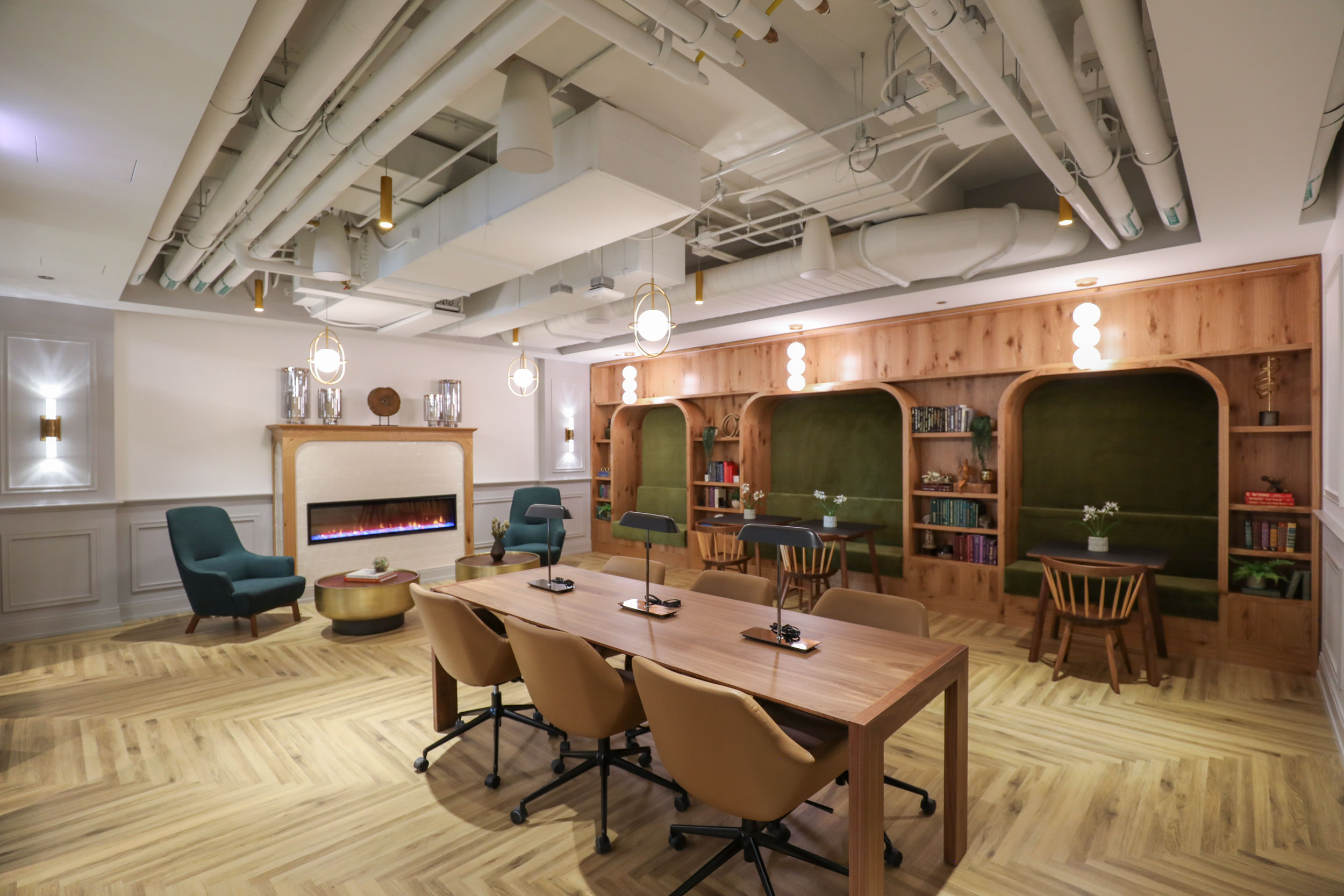 Last Thursday, May 19, Skender was named the 2022 Interior Contractor of the Year (Owner Projects) at the 34th Annual Chicago Commercial Real Estate Awards.

The awards are considered the top honors in the Chicago commercial real estate industry and the dinner event is the largest annual fundraiser for the Greater Chicago Food Depository. Skender was a finalist in three categories and its 2022 trophy made four Interior Contractor of the Year awards in the last eight years.

Among the Skender projects highlighting its landlord work was 43,000 square feet of spec suites in the Old Post Office. That project included 11 divisible office suites plus an accompanying amenity space with two conference rooms, a reading room and a library. The space featured unique historic touches, including mosaic tiles as well as salvaged doors from Old Post Office storage that were reworked and reinstalled along the corridor of the space.

In addition to the Chicago Real Estate Awards, Skender recently earned 2022 Interior Build-out of the Year by the Chicago Building Congress for its construction of Walgreens’ new tech hub office at the Old Post Office. Skender has built more than 600,000 square feet of workspace in the redeveloped Old Post Office at 433 West Van Buren.