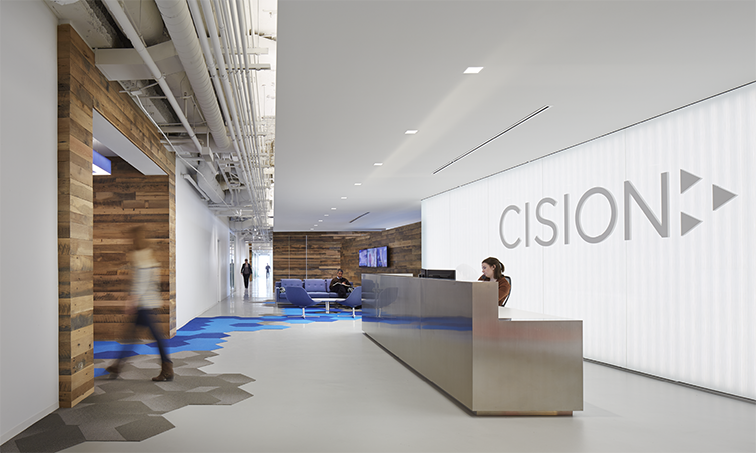 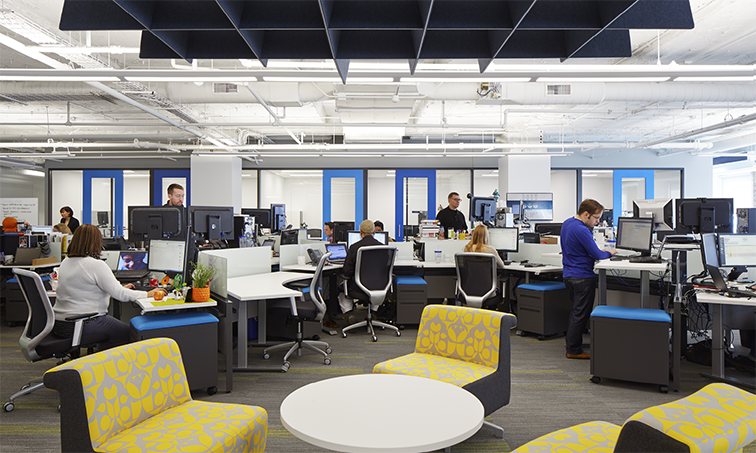 Cision and similar public relations software firm Vocus merged in 2014 and operate under the Cision banner. The new Cision, boasting 1,500 employees and revenues of $315 million worldwide, relocated their combined global headquarters to Chicago. Prior to the merger, Cision was based in Stockholm, Sweden and Vocus in Beltsville, Maryland and. The new headquarters houses more than 300 Chicago-based employees, including the executive leadership team, and leaves room for growth to 400.