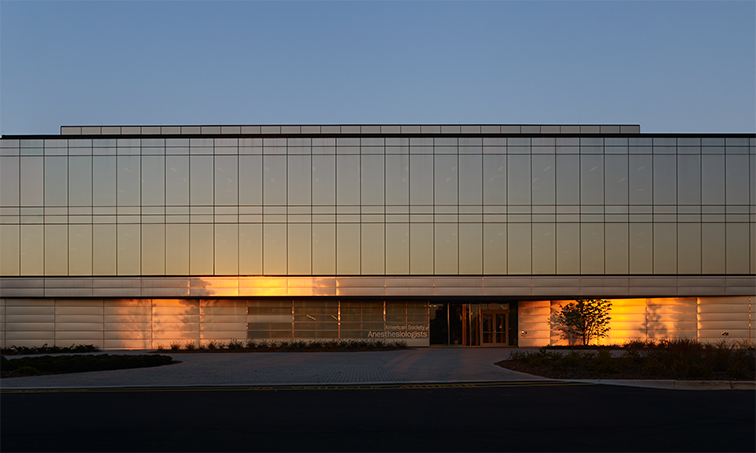 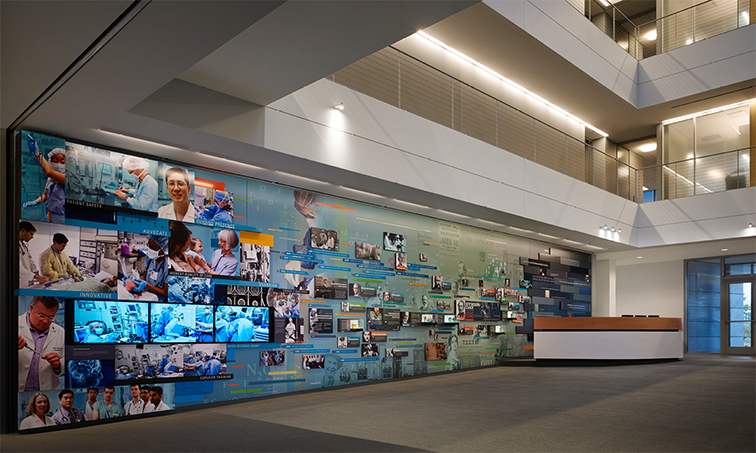 Skender Construction completed construction of the new corporate headquarters for the American Society of Anesthesiologists (ASA), an educational, research and scientific society to raise and maintain the standards of anesthesiology. Located in Schaumburg, IL, the new 77,000-square-foot, three-story, highly custom headquarters houses ASA’s more than 200 local employees and supports the organization’s membership functions, education and communication departments, an anesthesiology library/museum and various other services. Development Resources, Inc. was the project manager, and Tilton, Kelly + Bell was the architect.

The new headquarters is a glass and steel façade structure with an open, inviting interior, which nearly doubles ASA’s previous offices in Park Ridge, IL. The space’s dramatic atrium with a monumental staircase is capped with a skylight, clerestory windows and LED lights. Located on the first floor are a 250-seat conference room/auditorium equipped with advanced communications technology, cafeteria and climate-controlled, moisture-resistant Wood Library-Museum of Anesthesiology. The upper floors house staff offices.

Construction of ASA’s headquarters began in April 2012, but several weeks of pre-planning preceded the groundbreaking. The team used Building Information Modeling (BIM) to lay out the critical systems and infrastructure of the building and collaborative schedule planning to ensure that every detail would be covered and the job progressed smoothly. Unique requirements of the project included determining what specific materials should clad the building and how the curtainwall would be installed. To address these challenges considering the exact location of the building and surrouning elements, the team built a ten-feet wide, 30-feet high, on-site mock-up. Two months of testing numerous materials and constructions on the mock-up resulted in a strong, visually stunning exterior, that still minimized costs and maximized value for ASA. The project was completed in 12 months.

“How the building turned out exceeded everybody’s expectations,” says ASA’s previous chief human resource officer Karen Buehring. “I can’t say enough about Skender Construction and how well they worked and kept all the other vendors on track.”