The Changing Workplace: New Offices Are Smaller but Smarter 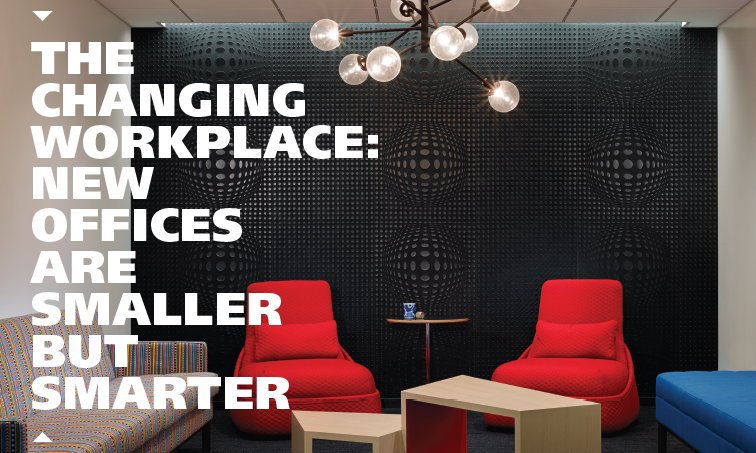 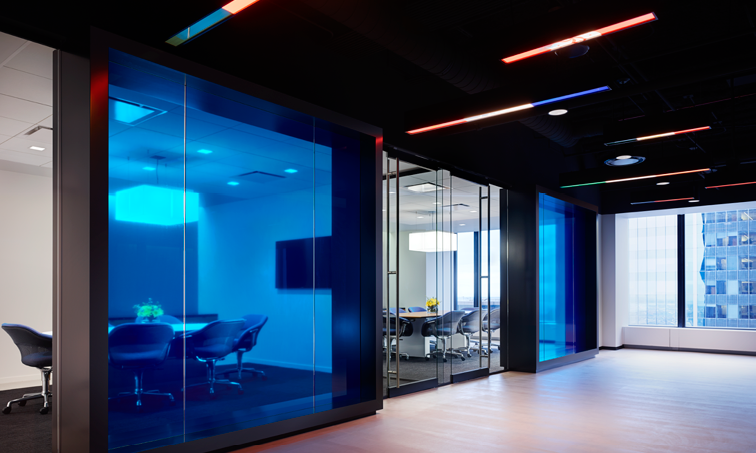 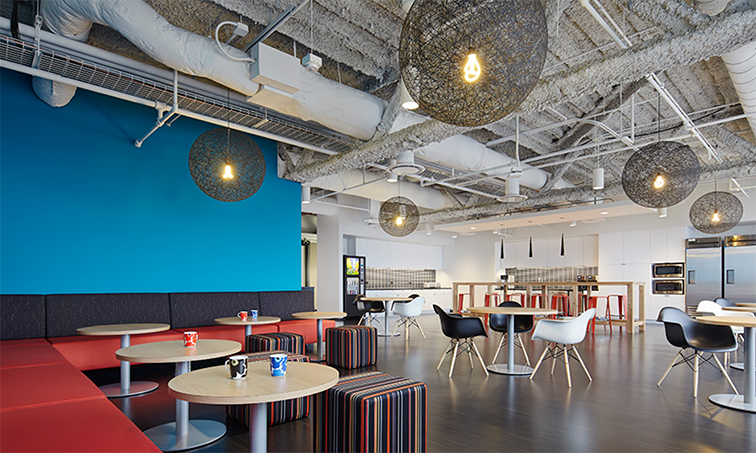 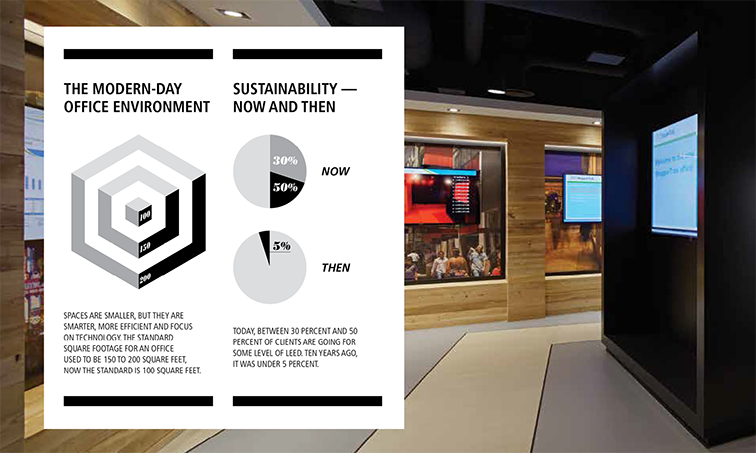 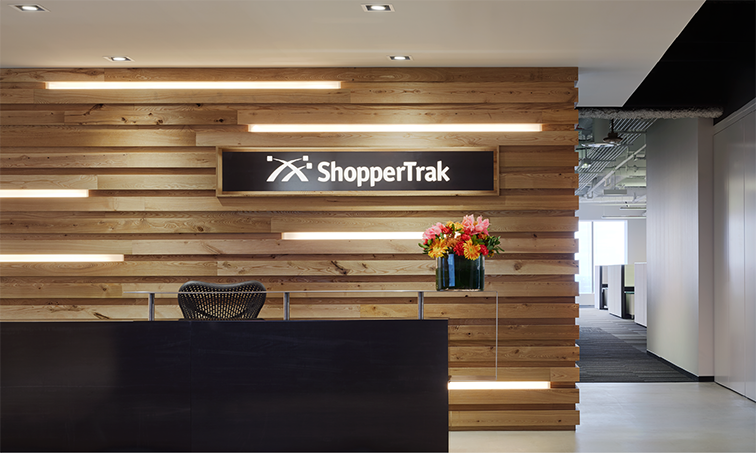 The modern-day office environment has undergone a massive transformation. Spaces are smaller, but they also are smarter and more efficient. The walls have come down, both literally and figuratively.

“The way people worked 20 years ago no longer exists,” said Bill Conopeotis, founder and president at ConopCo Project Management in Hoffman Estates. “Before, they worked individually. Now they work in teams. People are working differently, so we have to design their spaces differently.”

The traditional workplace of yesteryear was configured like a hotel, with private offices branching from networks of hallways. The next iteration positioned executive-level offices along exterior windowed walls; everyone else worked in high-partitioned cubicles in the middle. The current trend is the open office: Workstations, separated by low or no partitions, ring the perimeter. Private offices, if any, are centrally clustered and fronted with glass walls for greater transparency.

Leonora Georgeoglou, associate and interior architect at Harley Ellis Devereaux in Chicago, noted that private offices are shrinking in size.

Driving the changes are market forces such as escalating real estate prices, advancing technology, contemporary management theory that emphasizes collaboration, and the desire for healthier lifestyles. The build-out of ShopperTrak’s new 50,000-square-foot corporate headquarters is a prime example.

ShopperTrak is the leading global provider of shopper insights and analytics used to improve retail profitability and effectiveness. Its services and products are deployed in more than 70,000 locations and 90 countries and territories. As a rapidly growing high-tech company, it needed more space for its 150 Chicago-based employees.

They found it on the 41st floor of Willis Tower. After a fast-tracked 13-week construction schedule, the company relocated in May 2013.

A key requirement was the build-out had to facilitate collaboration, said ShopperTrak’s chief operating officer Kurt Phillips. The company has adopted the Agile software development methodology, whereby problems and solutions evolve in real time through the collaborative efforts of cross-functional teams.

“Having easy access to one another is extremely important,” he said. “We needed everyone to be on the same floor and have room for future expansion as well.”

ShopperTrak also wanted many spaces for employees to congregate. Its previous location had four. The new headquarters has nearly two dozen such spaces of varying sizes. On the small side, strategically positioned sofas and loungers invite casual interchanges. The largest space, used for monthly all-employee meetings, is created by opening the glass walls of the conference rooms near the reception area. In addition, product displays and bright graphics in the reception area showcase for visitors the company’s expertise and global reach.

“Real estate is expensive, so people want their space to do multiple things,” said Georgeoglou. “No dedicated pantries that get used only at breakfast and lunch, for instance. Now they are set up like a café and used for meetings all day long.”

“Some of our traditional clients, like in finance, are starting to implement work-from-home programs, but people are not signing up as much as corporations expected them to,” said Georgeoglou. “People don’t feel the trade-off of working from home two days a week is worth giving up your assigned space to work in a compact hoteling cube.”

Open offices have both proponents and detractors. On the plus side are improved collaboration and, as in the case of ShopperTrak, more employees who can enjoy cityscape views and natural lighting. Construction is faster and less expensive. As for the negatives, open offices can be noisy and are not conducive to private conversations concerning sensitive matters.

“You’ve got to have a balance of private and open space,” said Phillips.

Montreal-based DEGW is a global consultancy focused on the changing nature of work and its impact on people, places and performance. The firm in 2010 conducted a study on time use and time loss in the workplace. Among the findings, after surveying more than 44,000 knowledge workers:

A common criticism of open offices is that productive time is lost due to distractions, particularly from noise and unscheduled pop-ins (in-person, email and instant messaging). However, the study showed production time actually is not significantly different for open workplaces versus enclosed workplaces. Both were about 25 minutes.

The DEGW conclusion: The right office design depends on the organization and its goals.

“We had Wi-Fi before, but it wasn’t as robust,” said Phillips. “Now our employees can meet in the café or anywhere else. They don’t feel they have to be tethered to their desks because that’s where they get the best reception.”

“More money is spent in the tech area of build-outs than ever before,” said Conopeotis. “Clients aren’t as interested in having a beautiful granite floor. They are spending money on cabling, AV and security. Technology and infrastructure can be 50 percent of the project cost.”

They also are investing in sustainability. Greater numbers of clients, including ShopperTrak, are applying for certification under the U.S. Green Building Council’s green rating system, Leadership in Energy and Environmental Design.

“Today, between 30 percent and 50 percent of clients are going for some level of LEED,” said Conopeotis. “Ten years ago, it was under 5 percent.”

In the future, what will workplaces look like? Designers and construction professionals are already pondering the question.

“Today we are pushing the limits of new design, but tomorrow we will have to innovate differently than we are now,” said Conopeotis. “The world is changing faster than ever. We just have to get ahead of it.”