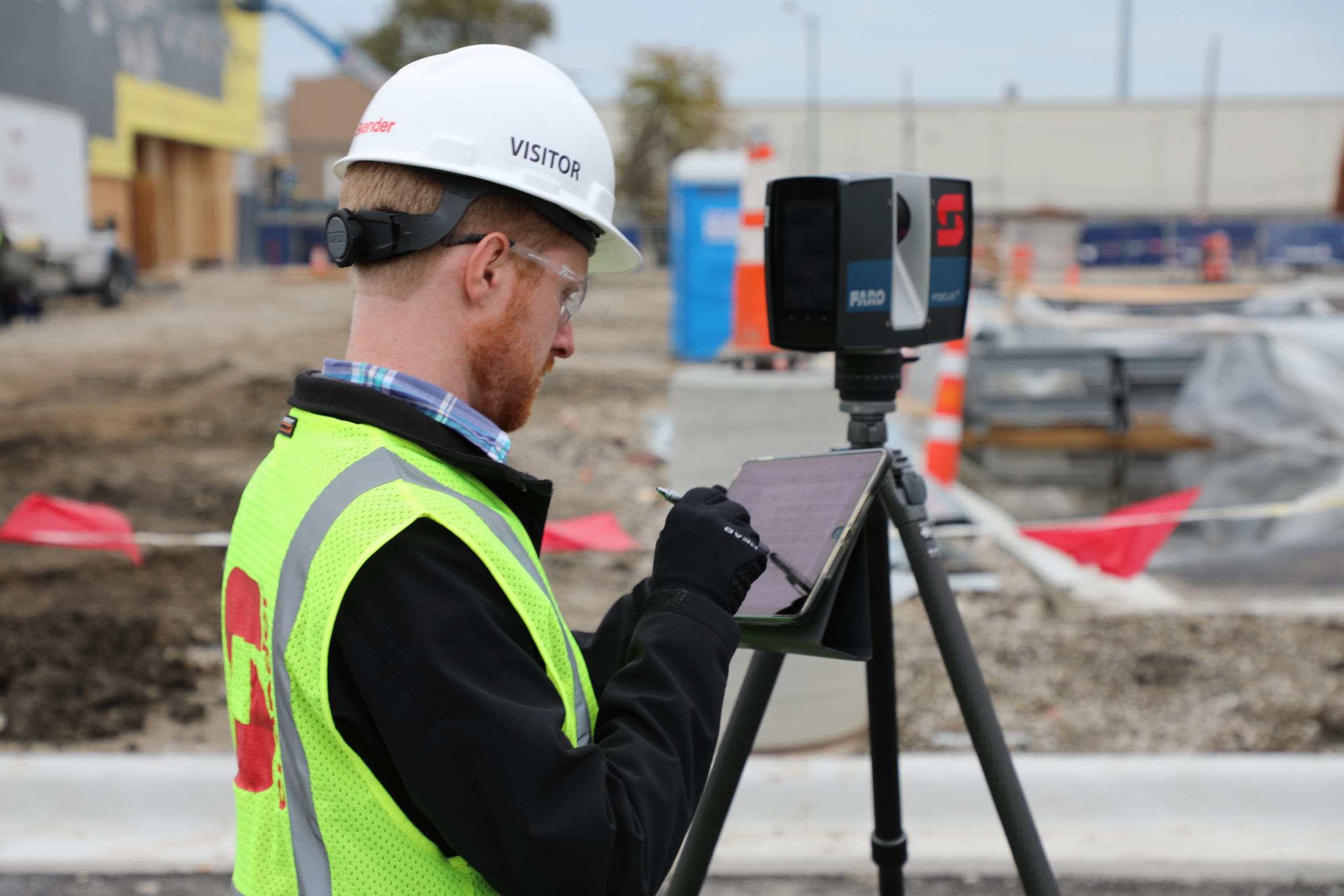 For most of the last decade, emerging technologies designed to transform the built environment weren’t much more than fun toys to play with. They lacked sophistication and the ability to promote true efficiency and accountability or analyze data.

According to the Boston Consulting Group, when technology permeates construction, there’s an almost 20% reduction in a project’s total life cycle cost as well as substantial improvements in completion time, quality and safety. The study estimates that the use of technology cuts construction costs for commercial office buildings by 12%, lifetime operations costs by 18% and reduces the construction timeline by 30%.

Take a look at the top four technologies Skender is currently using to break down industry productivity barriers and push the envelope beyond what construction was capable of just yesterday.

Attached to a tripod, a laser scanner looks like most land survey equipment – except it doesn’t just measure a single point at a time. It collects 28 million points in three minutes, with accuracy within 1/16 of an inch.

The laser scanner creates a point cloud for each measurement to be used as the base model for BIM coordination. Laser scanning is useful for project measurements that require precise detail, like floor leveling. Human error and guessing are eliminated, and costs are reduced when flooring subcontractors use the laser scanner to determine slope and elevation, and therefore, the amount of preparation and materials that are actually required for the job.

A point cloud created by the laser scanner can be analyzed to create a heat map of the floor plan, where cooler colors are the floor’s higher elevation points and hotter colors represent the lower points.

Case in point: On a recent project, a quick laser scan revealed that the architectural drawings were slightly off in measurement compared to the physical space. The laser scan was uploaded to the project BIM model, and the architect was able to correct the CAD model. When glass fronts were ordered for offices, we were confident they would fit the space. Had the materials been ordered when the offices were measured at difference of four inches, we would have waited an extra six weeks for new glass, installation and completion of offices. Together, these seemingly small changes shaved off significant time and money from the project.

A small piece of consumer equipment typically used by YouTubers and Instagrammers, the 360-degree camera is easily accessible and relatively inexpensive. Most importantly, it captures an entire room in a single image. Add software like StructionSite and now you can place these photos directly into a facility’s 2D digital floorplan and client communication.

Instead of having to take eight to 10 photos to capture a room, 360-degree photo documentation allows contractors to capture more data in one photo, providing a significant time savings and comprehensive visual update. As with laser scanning, sharing the 360-degree images with subcontractors is another more efficient way to determine the amount of materials required. 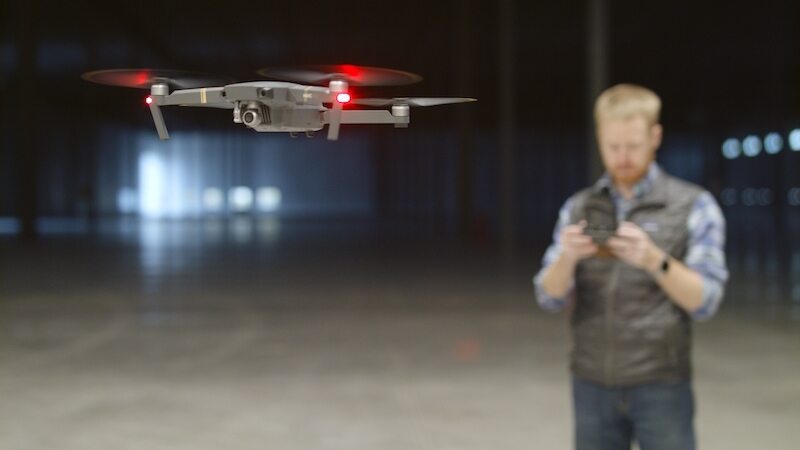 TIP: Capturing 360-degree photos once a week during construction can provide a lifecycle view of the facility for a remote owner.

Taking images of a job site from the ground up (no matter which iPhone you’ve got!) can’t compare to what a flying drone can capture in a three-minute land survey. Employed ideally on large site surveys, drones can easily capture progress photos and videos from 400 feet in the air. With the ability to pre-plan the route and desired documentation of the site via software, drone automation promotes ease of use and time savings.

Case in point: A recent job had a batch of soil that needed to be removed from the site, but it was impossible to determine how much until the team actually arrived to dig. Deploying Skender’s drone provided a precise measurement of soil on the ground, which allowed the team to plan for and accurately price out its removal. 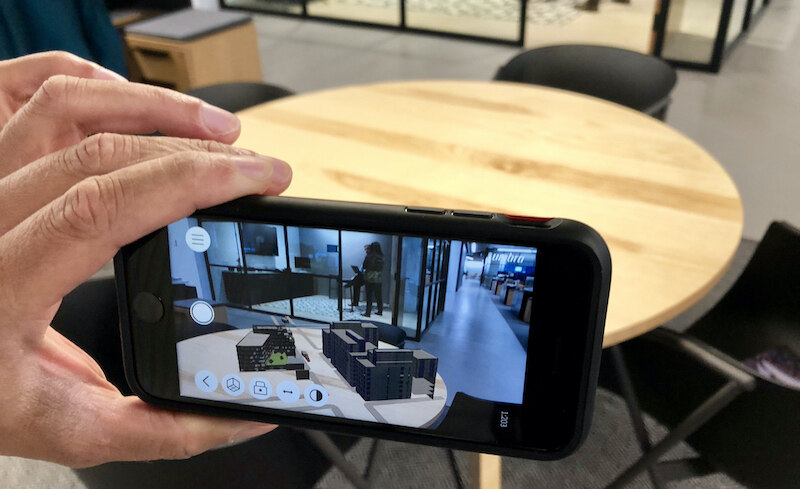 While augmented or mixed reality has been around for a couple of years, Microsoft’s second iteration of the HoloLens propelled the technology from a toy to a useful construction tool. A headset device worn like glasses, the HoloLens 2 provides an immersive experience for its users.

Uploading a project’s BIM model into the HoloLens 2 makes it possible for owners, end users and other stakeholders to strap on the device and physically walk through the job site, “feel” the final finishes, and view them in real time as digital objects on top the existing building structure. HoloLens 2 provides users with the ability to touch and even “move” building elements and furnishings while walking through the physical core and shell space. A self-contained computer with Wi-Fi connectivity, the HoloLens 2 is a game changer for construction.

Efficiency, data-driven analysis and productivity are paramount to the financial success of any construction project. New technologies like these streamline project management and the construction timeline, reducing waste and ultimately delivering a more precise project to the owner—every time.

This article, authored by Skender’s Clay Edwards and Ben Stocker, was first published by Building Design+Construction.