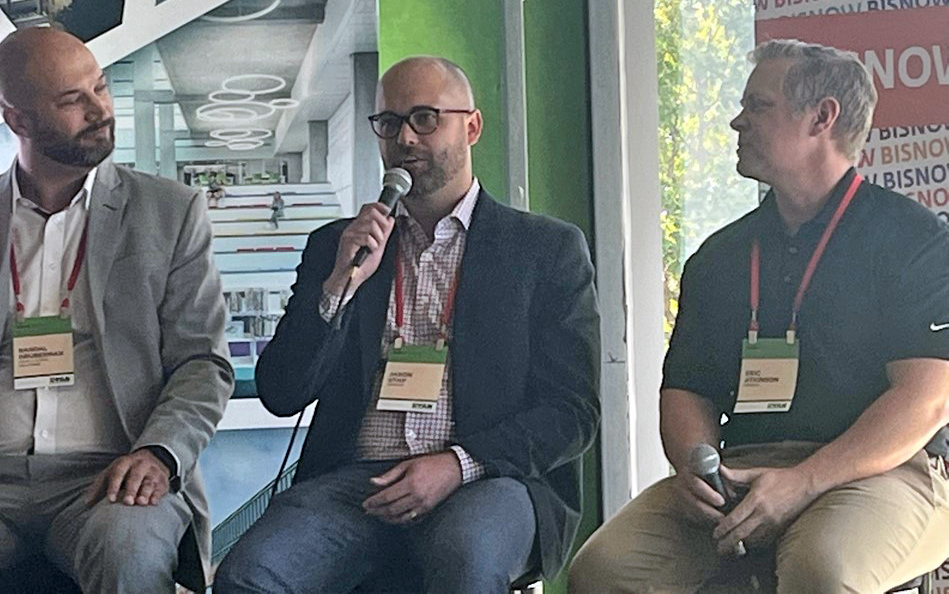 Bisnow hosted its Chicago Healthcare and Life Sciences Real Estate Conference on August 11, 2022, at the Illinois Science + Technology Park in Skokie, IL. The standing-room-only crowd listened to three different panels of experts focused on Chicago’s evolution as a life sciences hub. The panelists agreed that there is staggering demand for this specialized real estate and the City of Chicago needs to invest heavily in innovation to attract companies to Chicago (and keep them from leaving).

Jason Utah, Senior Project Manager at Skender, was a participant on the “Strategic Lab Design and Construction” panel, which included speakers with diverse backgrounds in engineering, technology, real estate consulting and brokerage, building controls and construction. Carl Wolf, COO of LanzaTech, offered the end user’s perspective. Mr. Wolf spoke of how important flexibility was in the design of his company’s space at Illinois Science + Technology Park, a key factor in their ability to grow at their own pace.

Jason agreed, and indicated how important it is to collaborate with all disciplines as early as possible in the process to build that flexibility in. But he also stated that it’s not a one-size-fits-all solution for developers looking to build new spec lab space.

“Different biomedical companies operate differently depending on the science conducted in their space, and if they are using wet labs or dry labs,” he said. “Flexibility is key, but it’s not always possible to make that same flexibility translate from tenant to tenant.”

The panel transitioned to discuss conversions from traditional office use to lab and R&D. JLL’s Scott Brandwein mentioned the difficulty of these conversions due to certain things that can’t be changed—even with an endless flow of capital— such as loading docks and the need for first-floor chemical storage. 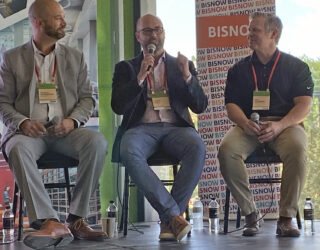 “There were challenges on this project, for sure,” he indicated. “Hazel wanted their own space in Fulton Market that demonstrated their culture, but they also needed it fast to accommodate their growth. We had to figure out how to make the existing infrastructure of a Fulton Market office building manage all of the lab equipment and technology. A generator took over a parking space, and a restaurant was eliminated so its shafts could be used for Hazel’s air handling and exhaust. The project was really successful, but conversion might not be the right fit if you need speed-to-market,” he added.

The conversation shifted away from conversion vs. purpose-built projects to flexible working in the life sciences sector. Jason mentioned BioLabs, a co-working provider, and its 30,000-square-foot location at 2430 N. Halsted Street in Chicago. Skender is managing the interior construction on the project. “This ‘WeWork’ concept that is available in Chicago is having a big effect on attracting young talent. Start-ups normally looking at the East and West Coasts are now looking here,” he said.

Generally, the panelists were bullish on Chicago’s future in life sciences and feel that the sprawl of new development or conversions to different parts of the city is a really positive thing compared to very concentrated clusters you see in markets like Boston. Partnerships between the City of Chicago, research hospitals and universities and developers will be critical as we to try to attract more talent and innovation to this great city.